PRACTICUM UNIVERSITIES. For more than 750 students 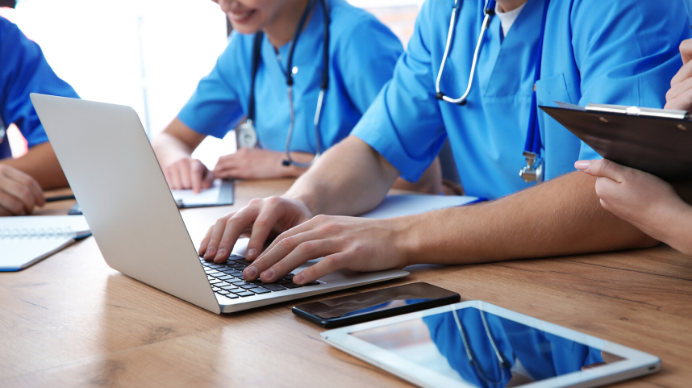 In total, Practicum Universities foresees the participation of more than 2000 medical students from around 25 faculties worldwide.

This Monday, January 13, the pilot project of clinical reasoning training for medical students known as Practicum Universities will be launched in three new countries – Spain, Mexico, and Belgium – and in another British medical school. The universities that are implementing the clinical simulation tool Practicum Script to students in the last year of medical school are Francisco de Vitoria, La Salle, Ghent, and Exeter, respectively. In total, more than 750 new students will have access to the training programme, adding to the almost 200 students actively training as part of the courses launched at the end of December at the University of Oxford and Imperial College London.

Madrid - January 13, 2020.The launching, happening across two continents, is part of the effort of the Practicum Institute to test its clinical reasoning training programme in a vast network of countries, including more than 20 medical schools in Europe, United States, and Latin America. The programme – entirely in English – will consist of an online simulation of 20 clinical cases of Internal Medicine to improve the clinical thinking skills of students currently in training, focusing on their future practice. According to the fundamentals of the project – which is jointly signed by the Practicum Institute and the European Board of Medical Assessors (EBMA) – the training “is about learning to handle uncertainty during medical decisions.”

Practicum Script is a cognitive acceleration platform that sharpens critical reasoning. It presents challenges in dilemmatic contexts and works initially as a game of recognition of clinical patterns in a given case, leading the user to generate hypotheses on how to manage the case. During this step, an artificial intelligence system patented by Practicum (Ocmale©) automatically matches the coincidence of the user's response with hypotheses formulated by experts. Next, the platform presents new data, and the user must decide on the impact of the new information on the proposed hypothesis. Finally, the simulator offers performance indicators to help users reflect on their results and on the possibility of the opinions presented.

For the president of the Practicum Institute, Dr. Eduardo Hornos, “the human phenomenon is not algorithmic, and consciousness is the greatest generator of contexts of uncertainty. Practicum Script activates in the user’s mind a holistic view of the patient.” At the institutional level, the Francisco de Vitoria University (UFV) considers this agreement a step in the right direction in medical education, Exeter will add Practicum Script to the EBMA Progress Test, La Salle continues to position itself as an academic institution of reference in Mexico, and the enthusiasm of Ghent University resulted in the application of the 20 cases as an exercise to grant credits. We should emphasize that the programme is generally being considered an extracurricular activity.

"The agreements have been signed by competent authorities in each medical school and the process has been lengthy, but the medical curriculum is well worth it," says the academic secretary of the Practicum Institute, Dr. Eduardo Pleguezuelos. Specifically, the signatories are José Antonio Verdejo (Secretary General of UFV), Ian Fussel (Associate Dean of Education at the University of Exeter), Enrique Alejandro del Sagrado Corazón de Jesús González Álvarez (Dean at La Salle University), and Philippe Gevaert (Head of the Medical Programme at Ghent University). Added to this list is the Spanish State Council of Medical Students, for which Laura Martínez is the signatory.

“We highlight the high-level training of the editorial team, with Prof. Dr. Amir H. Sam as the head of the panel of validators, bringing together 20 experts from distinct centers and local tutors,” said Dr. Hornos. In Dr. Pleguezuelos' opinion, the discussion forums concentrate much of the attractiveness of the proposal, since "they provide the opportunity to embrace doubt without any complex." Practicum Script is not directed as much to the measurement of knowledge but to the evaluation of the knowledge that the user applies to solve complex cases in daily clinical practice. The cognitive dimension stimulates an attitude of reflection on memory contents.

The launching of the programme in other countries and universities will be defined over the coming weeks. January and February will be the ideal months for Europe and March promises to be set for countries in the southern hemisphere.