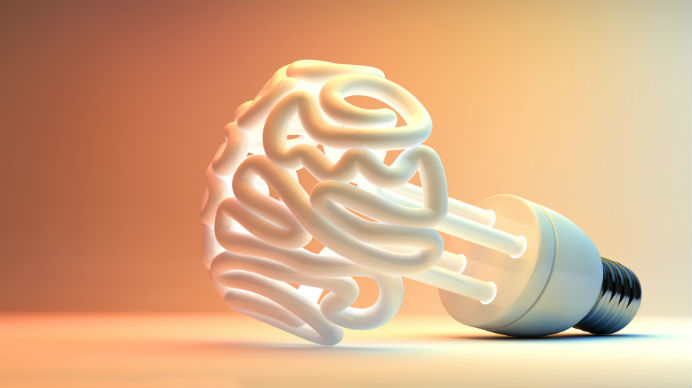 Prof. Lambe reveals that most diagnostic errors are not attributable to lack of knowledge and bets on guided reflection.

A systematic review of 28 studies gathering different types of interventions to improve diagnostic reasoning in students, residents, and specialists revealed promising results with guided reflection and cognitive strategies, but provided only modest evidence to recommend them to medical educators. The author identifies that a flourishing field of research is opening up, which should be provided with methodological improvements and high-quality tools to define diagnostic errors.

Madrid - April 25, 2019. A systematic review published in the BMJ Quality & Safety in 2016 by the research group of Kathryn Lambe, a professor in the School of Psychology at Trinity College in Dublin (Ireland), evaluated dual-cognitive process interventions to enhance diagnostic reasoning. The study was unable to reach a strong conclusion to recommend defined strategies of intervention to improve diagnostic thinking, but showed slight improvements in the accuracy and confidence of clinical judgment when methods of reflection and guided cognitive strategies are used.

According to the team led by Lambe, their study revealed a promising field of research, as well as a general enthusiasm for training in analytical and non-analytical reasoning, reflected by the regular publication of educational studies along with a plethora of theoretical works. However, the authors appreciate that the empirical work is still in early stages and has three main deficiencies: lack of longitudinal work, absence of standardized measurement tools, and scarce research with experienced clinicians.

Lambe and her colleagues sought to identify, describe, and evaluate studies that have empirically investigated interventions to enhance analytical and non-analytical reasoning among medical students, residents, and senior specialists, and to evaluate their effectiveness in improving diagnostic reasoning. This was done with full awareness that diagnostic error is among the main causes of adverse incidents on patients and medical malpractice, with substantial human and economic loss.

Since the publication in 1999 of the seminal report “To Err is Human” by the US Institute of Medicine, many public and private organizations have estimated the rates of diagnostic errors to be between 10–15% in most hospitals worldwide. Although the causes of clinical errors are generally multifactorial, cognitive factors are believed to be involved in three-quarters of the cases. Mark Graber and other authors suggest that the occurrence of errors is not attributable to inadequate knowledge, but rather, to defective information synthesis or processing.

The authors of the review published in BMJ Quality & Safety mentioned that "diagnostic errors derived from mental shortcuts (heuristics) are attributed to intuition,” and dismiss as reductionist the vilification of non-analytical reasoning. They explain that "heuristics is a hallmark of mature decision making, distinguishing experts and experienced non-experts." This is expressed by choosing to promote metacognitive skills and judicious use of the two types of reasoning that make up dual thinking.

Previous reviews by Kathryn McDonald (2013) on patient safety strategies and by Graber (2012) on cognitive interventions to reduce diagnostic errors had already included dual-process interventions, although Lambe assures that [her paper] presents "a fresher, more up-to-date synthesis (including some studies that had not appeared in previous reviews), and most importantly, focusing in greater depth than any other review on analytical and non-analytical thinking."

The experts reviewed studies on five categories of interventions: educational interventions, checklists, cognitive forcing strategies, guided reflection, and instructions to use a particular type of reasoning. Three additional studies were included in "other interventions." Among the 28 analyzed studies including 2,732 individuals, the authors observed a great heterogeneity of measurement approaches and an overwhelming majority of studies focusing on early-career doctors.

"The present review reveals a varied picture of the literature on dual-process interventions for diagnostic reasoning. The guided reflection approach emerged as the most promising style of intervention, while interventions that provide softer instructions or education on diagnostic reasoning appear less consistently successful," explains Lambe. At the same time, she states that the benefits of guided reflection cannot be confirmed until more research is incorporated into the field. Also, there was an overlap in the authorship of five studies on interventions on guided reflection: three studies were conducted by the same author, four studies had the same research team, and two authors participated in all studies.

Another obstacle of this systematic review was that the samples of students and residents, but especially those of medical specialists, were too small to achieve consistent results, although certain findings were obtained from the collected data. Among them, the fact that interventions based on instructions at test when used to promote some style of diagnostic reasoning would be little more than exhortations to think harder and are insufficient to alter cognitive behavior. In addition, the interventions with strategies of cognitive reinforcement reveal an interesting duality: the educational intervention produced no effects, while the instructions in the test gave some positive indication.

Lambe argues that the success of non-analytical reasoning usually comes with experience and early-career physicians are more likely to use slower, more deliberative analytical methods. Thus, Lambe points out that samples of students and residents may not be the most appropriate targets in interventions aimed at modifying the dual-reasoning process. In fact, she considers that students and residents are not a homogeneous group and, since they use different strategies of diagnostic reasoning, this field of research could benefit from a nuanced understanding of elementary versus intermediate reasoning skills. Professionals with many years of experience are a minority in these examples, which led Lambe to propose that future research should address these differences in the development of reasoning.

The author also warns that the results in her review were mostly measured using clinical scenarios and vignettes and did not consider decisions made in the real world, while only one study examined the impact of intervention in a hospital setting. "Outcome measurement approaches varied widely and the field lacks high-quality and broadly accepted tools to measure reasoning styles and error rates," she stresses. She also argues that "the definitions of error and the hallmarks of effective reasoning are themselves still somewhat fluid, and consensus on some basic questions may need to be reached before such tools can be used effectively.”

On the other hand, most studies included in the review were presented or published in the past 5 years, "suggesting that this is still a relatively immature field, but one that is currently accelerating." In terms of medical training, the psychology expert outlines four specific suggestions: for additional studies to be carried out to confirm the findings of the most promising intervention styles and by different research teams, for the methodology to be refined, for emphasis to be placed on real-world environments, and for samples of healthcare professionals (including experienced doctors) to be more diverse.