“In medicine, deficit of knowledge is possibly not as serious as deficit of the human factor“

The Argentine heart surgeon Jorge Trainini is a homo universalis, a polymath whose scientific works coexist with literary texts and philosophical essays. A pioneer in the use of stem cells in his specialty, today his main focus of study is the Medicine of Complexity, which has led him to be named Scientific Director of the Chair in Medical Education of the Practicum Institute. He talks about a collision with classical science to overcome the mechanistic medicine. "In postmodernity, physicians have to assimilate the human factor: there is an absence of understanding through nonlinear methodology, as well as an impaired manifest of the word as a therapeutic element in the face of an overvaluation of instruments and pharmacopeia."

Madrid, July 5, 2018. Causes and effects are mutually modified, and it is unknown where the processes of health and illness begin and where they end. Or, ultimately, what the limit is between one and another. This postulate is the point of departure of the dissertations of Dr. Jorge Trainini about the Medicine of Complexity. According to his presentation of the facts, "causes and effects occur simultaneously in implementation with such complexity that could not be covered by the positivist and materialistic medicine that has ruled us for the last four centuries." There is a clear break, therefore, with Descartes, Galileo, Kepler, and Newton's laws, among others. The Cartesian divorce of mind and body is blurred in a wider framework in which, says Trainini, "interaction builds the dimension of 'us'." The same way that "the branches of a tree compete for the trunk, it is convenient to discard the idea of the human being as a junkyard."

In the opinion of Dr. Trainini, who was the executive director of the Hospital Presidente Perón of Buenos Aires until 2016, "the great problem of the current medicine is that it parts from a specific and probabilistic system to move to an indeterminate subject to individual variables that do not necessarily replicate." It is necessary to deliver specific diagnoses and treatments due to this individuality. "However accurate the analysis of a fact, it could not separate the natural from the social, the biological from the psychic, or the multiple interactions among all these sciences," says Dr. Trainini. Moreover, "in medicine, there are plural causes and effects without a possible limit of delineation." The particularities of the human being to choose one way or another and the blurred borders between health and illness are, according to Dr. Trainini, one of the most representative examples of "Complexity," with capital “C.” Everything is inextricably linked, Bell would say.

In his view, "the human being is not a finished final product and, from this conception, living would consist of systematic successions of chaos proposed from the biological programming and adaptations to the environment that the psychic apparatus must be able to order." As already known, the Heisenberg uncertainty principle rules the universe. In fact, Dr. Trainini is convinced that "nothing is as dangerous as the certainty of being right." In this sense, "in medicine, the deficit of knowledge is possibly not as serious as the deficit of the human factor in the approach to the patient." Beyond the clinic, "the human factor aims to understand the psychosocial factors that accompany the process of disease and healing." That is, direct observation remains the mainstay of healthcare practice. And so, "we are never mere observers but always participants in the process." We must stop approaching the understanding of reality in terms of opposite pairs and do so through complementarity.

Dismantling the illusion of separability

In order to clarify the state of implementation, physics discusses an interlacing and overlapping paradox. As Dr. Trainini asserts in the third minute of the accompanying video, "all particles in the universe are deeply intertwined." Quantum mechanics shows that reality has a level whose behavior differs from the one that we observe. This applies to the behavior of molecules, the interaction of matter with light, and the nature of chemical reactions. The spectrum of interactions is infinite. However, the classical mechanical paradigm puts all its efforts into finding absolute truths among shadows and revealing to the world certainties where probabilities reign. Schödinger's experiment, to which Dr. Trainini refers in his informative interventions, has shown that classical observation cannot locate the quantum states of Being. "Physicians today must know about existential philosophy, about the anguish of death," adds the doctor. 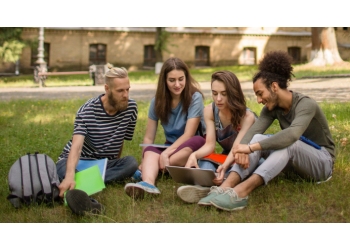 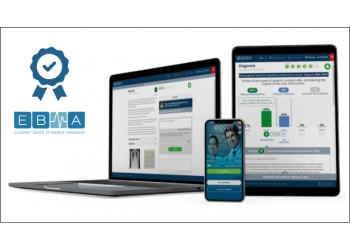 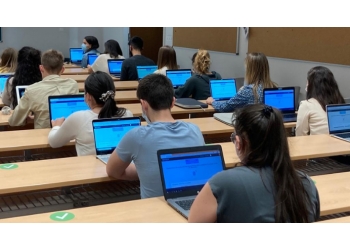