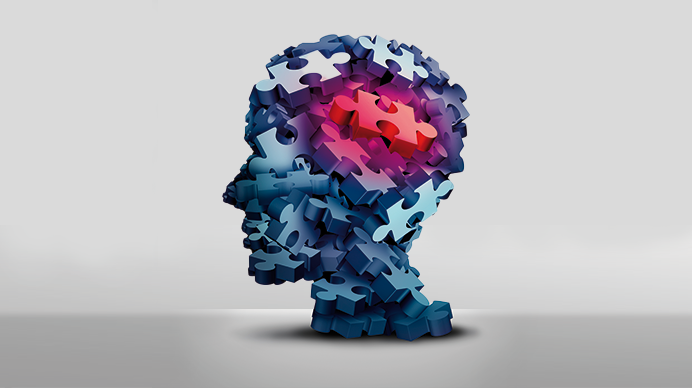 Technical knowledge alone is not sufficient for problem solving in clinical practice. Intuition, developed through reflective practice, is crucial. This article reviews two recent scientific publications with an impact on the symbiotic relationship between technical knowledge and intuition, a link according to which the best available evidence is put into practice through an individual’s own experience. In this sense, intuition is nothing but the recognition of signs and symptoms guided by a direct and personal experience of the professional. This experiential knowledge provides added value to basic biomedical knowledge and is what leads clinical experts to make a difference.

Madrid, January 25, 2019. Emergency physicians come up with five diagnostic hypotheses within the first five minutes of consultation, 25% of which are generated before even seeing the patient. How do they do that? Some refer to that as having what is known as a gut feeling. According to a 2017 article published in The American Journal of Medicine, the key to fast and accurate diagnoses lies in the processes of unconscious reasoning based on intuition and recall of previous experiences stored in memory under diagnostic categories.

Specialist physicians establish their diagnoses through a process of generation and verification of hypotheses. According to the Canadian internist John Brush, the main author of the article mentioned above, the process begins with a list of 3 to 5 diagnostic hypotheses developed in an intuitive, automatic, or unconscious way. Only after having such a list, the doctor applies analytical reasoning to verify or discard the hypotheses.

Unfortunately, intuition has not received enough attention in traditional medical training, perhaps because it has not met the criteria of rigor and accuracy of evidence-based medicine. However, recent studies highlight the importance of cultivating intuitive reasoning when formulating diagnoses.

In fact, in a 2015 article for Medical Teacher, the Canadian Tim Mickleborough steps back to the postulates of David Schön, who 30 years ago pointed out that intuition is a fundamental skill that should be developed in a reflective medical practice, so that the skill is converted into art, accompanying the scientific-technological rationality promoted during the 20th century. According to Schön, intuitive reasoning allows one to face complex clinical situations with hypotheses that go beyond what is strictly found in books. From his side, Dr. Brush and his team, which includes Geoffrey R. Norman, who has been awarded the 2008 Karolinska Award, point out that "early hypothesis generation is critical to the accuracy of the eventual diagnosis." According to Dr. Brush, "if the clinician thought of the correct diagnosis within 5 minutes, eventual accuracy was 98%; if not, accuracy decreased to 25%."

The speed in which a hypothesis is generated for a patient's symptoms is initially based on the ability to include the symptoms in a diagnostic category, for example, acute myocardial infarction. To be able to fit the patient's chest, arm, or jaw pain in this category, the doctor must have seen other patients with myocardial infarction and stored its characteristics under a cognitive scheme in his long-term memory.

According to Dr. Brush, from the Eastern Virginia School of Medicine, intuition is ultimately nothing more than the ability to recall automatically what has been experienced and stored in memory in the form of maps or scripts. In this sense, it could be said that a diagnostic hypothesis is not formulated, but recalled. According to Dr. Mickleborough, from the Ontario School of Medicine, professional expertise exceeds scientific-technical knowledge and requires experiential learning.

Cognitive schemes
The most important factor in establishing a correct medical diagnosis is to have past clinical experiences, which are usually organized in the form of cognitive schemes. These models work differently from the knowledge obtained in an abstract form, for example, from medical books. By assigning each prior experience to a diagnostic category, the clinical expert forms cognitive schemes that can be automatically recovered when he faces the symptoms of the disorder presented by the patient.

To gather scattered bits of symptoms and signs, researchers recommend putting together a narrative of the patient. After all, humans are natural storytellers, so a consistent clinical history will help the recall of similar cases to place the symptoms in a certain category and make an accurate diagnosis.

Some researchers argue that doctors generate conceptual networks of diseases that integrate, in a unique way for each clinician, nodes of information related to the presentation of a disease. For example, the conceptual network of chest pain would integrate prior experiences of the physician (cognitive schemes) with formal knowledge (epidemiology, physiopathology). By mentally navigating this conceptual network in an automatic way, the physician can identify patterns consistent or not with myocardial infarction or aortic dissection.

Dual process
The dual process theory recognizes two types of thoughts. System 1 is automatic, intuitive, unconscious, fast, and requires no effort. System 2, on the other hand, is reflexive, slow, and analytical. To elaborate a diagnostic hypothesis, System 1 allows quick recovery of cognitive schemes stored in the memory. Through heuristics, System 1 uses shortcuts developed through clinical experience that allows quick decisions in contexts of uncertainty. System 2 of reasoning is used to verify the diagnostic hypothesis through tests and analyses that require effort and time.

Perhaps the most persistent fallacy associated with this theory is the one that makes intuitive-heuristic processes responsible for medical errors. However, the scientific literature has yet to find a correlation between more care and a higher success rate. In contrast, everything points out to the fact that professionals who formulate hypotheses in a short time tend to achieve better results. The ability to access experiential knowledge quickly is the hallmark of the expert clinician. "Self-explanation, deliberate reflection, and checklists may improve diagnostic accuracy, but there is no substitute for experience gained through broad clinical exposure and regular feedback on patient outcomes," Dr. Brush concludes.